Two weeks ago me and my Dad visited the Festival of British Railway Modelling in Doncaster.

It was our first visit and we both really enjoyed the day. The best thing about the show was the number of big layouts (in a UK context), which allowed some good length trains to be run.

My interests in the Wisbech and Upwell Railway were well catered for with some interesting discussions about how to model the tramway version of the Drewry tram (see separate post). The highlight for me was the Y10 ‘super sentinel’ shunting around Happisburgh Goods. This was an odd coincidence as I recently begun development of this loco using a 3D modelling programme, thus I took the opportunity to take pictures from all angles (the pictures of the top being a God-send). 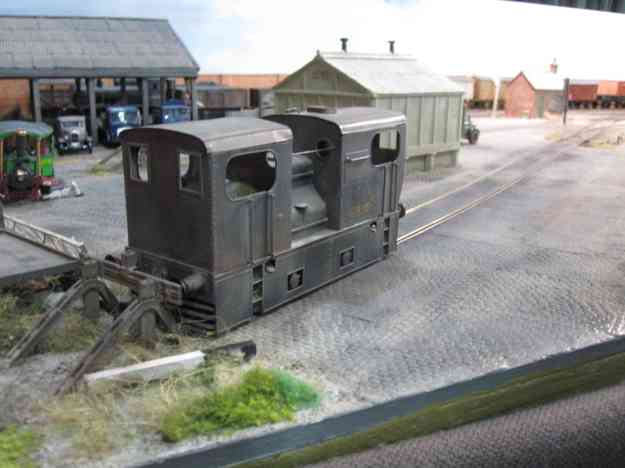 I was also interested in the disturbed grassland and ephemeral vegetation modelled on Kensal Green (sorry… went all ‘ecologist’ there). Their grassland just seem to have something that my current efforts don’t seem to have. I think it is do with the thicker layer of decayed vegetation beneath the current growing stems (closer to the buildings). I think I will experiment and see if I can improve mine.

Disturbed and ephemeral grassland on the 4mm Kensal Green

Black Country Blues was also looking impressive with some great modelling of recently disturbed vegetation, very much the colours, structures and ‘feel’ of the surrounds of home ‘back when’ (Me and Dad thought we recognised the view from Barr Beacon).

I was in a wallet-burning mood and was quite set on buying a D11 Director, which I managed to acquire from one of the cheaper vendors.

Unfortunately for said wallet, I then came across another subject I am interested in: a T9 in Southern Green with ‘British Railways’ on the tender. Opening the box I was quite surprised to find a colonial star on the front (apparently this was the designate royal train). This wasn’t evidently clear from the box and it would be nice if Hornby considered expanding beyond the traditional ‘side profile’ photos on their model-boxes. I also find them not the most flattering images, but that’s me. The colonial star didn’t of course amount to the surprise of finding an elephant on the side of my Heljan BR Blue Falcon when I bought it a couple of years ago!

Below is my video from the show, hope you like it: